The lay media portrays sex as endlessly exciting, gratifying and straightforward affair. However, for many people and couples the reality is quite different. Sexual problems are very common, but because sex often involves complex emotions, patients (and doctors) can find these problems difficult to raise and discuss. The focus of this article is erectile dysfunction (ED), a common sexual problem in men with diabetes.

Definition of ED
ED is defined as the persistent inability to get or maintain an erection that is satisfactory for sexual activity. Most men will experience erectile problems during their life, but if the problem lasts for 3 months or longer, it is clinically defined as ED.

Diabetes causes damage to the walls of the blood vessels, which affects circulation and blood flow to the penis. In addition, nerve damage can affect erection quality. ED can also be a side effect of drugs that are often prescribed to men with diabetes (these include some blood pressure-lowering drugs and anti-depressants).

Diagnosing ED
— the first step is getting help The first step is telling your doctor that you are having sexual problems. He or she will ask you specific questions about the quality of your erections and sexual intercourse. Your doctor may also do a physical exam, check your blood pressure, your heart function and order other tests for your eyes, kidneys, blood glucose control and cholesterol.

The Clinical Practice Guidelines recommend that all men with diabetes should be screened for ED at the time of diagnosis of diabetes, and periodically thereafter. If your doctor doesn’t bring up the topic, you should.

Treating ED
There are a number of effective treatments for ED. It is important for sexual partners to be involved in any discussion about treatment choices.

Drugs called PDE5 inhibitors (available in India under the trade names Viagra, Cialis and Megalis etc.) help a man achieve and maintain an erection. With sexual stimulation, these drugs increase blood flow to the penis, allowing an erection to occur naturally. Please note, without sexual stimulation erections will not come.

They can be used safely in most men with diabetes, including select elderly men. However, they are not safe for men with certain heart conditions or men who take nitrates (which are often used to treat angina).

For men who can’t take PDE5 inhibitors or find that they don’t work, other options include other drugs, injections, hormone replacements, mechanical devices such as vacuum constriction devices, implants and surgery.
It also makes sense (for many health reasons other than ED) to keep your blood glucose, blood pressure and cholesterol in the target range, to quit smoking and start exercising. These will all lead to better overall health and, in turn, better sexual health. ED is a real medical problem that needs to be treated by a real medical team. Do not attempt to self-diagnose or self-treat based on what you read on the internet. If you have questions about ED or any aspect of healthy sexual functioning, talk to your doctor or a member of your diabetes healthcare team.

Caution : Ask your Diabetologist before taking any drugs for ED.

People with diabetes are more prone to skin problems than people who do not have diabetes. This is largely due to fluctuations in blood glucose levels. When blood glucose levels are high, the body loses fluid and the resulting dehydration can lead to dry skin on the legs, feet and elbows.
Dry skin can crack, letting germs that can cause infections into the body. H igh blood glucose levels also lower resistance to infections and slow healing, which, in turn, can increase the risk of skin infections or boils. These may take a long time to heal.
Because people with diabetes often have reduced nerve sensitivity and circulation in their hands and feet, it can sometimes be difficult to identify skin problems. What’s more, the nerve damage associated with diabetes can cause a decrease in sweating, which helps to keep skin soft and moist. Decreased sweating in the feet and legs can cause dry skin.
As many as one-third of people with diabetes will have a skin disorder caused or affected by diabetes at some time in their lives. In fact, such problems are sometimes the first sign that a person has diabetes. Rough, dry and scaly skin affects at least 75 percent of people over the age of 64 who have diabetes.

“All Diabetics are prone to different skin infections ” Some non-infectious conditions are as under.

Necrobiosis lipoidica diabeticorum is caused by changes in skin cells, which are associated with blood flow through the body’s tiny blood vessels called capillaries. It first appears as a dull, raised area of fairly large spots or sores; after a while, it develops a shiny surface, similar to a scar. It may be yellow-brown to purple, with a pronounced violet or purple border.

The skin may get thin and crack, but usually heals, often leaving a brownish depressed scar. It is associated more with type 1 diabetes than type 2. Also called shin spots, diabetic dermopathy involves the appearance of small, round lesions that are raised at the edges, which may also crack. Dermopathy, caused by changes in the small blood vessels, often looks like light brown, scaly patches and may be oval or circular. Some people mistake them for age spots. The patches do not hurt, open up or itch.

Bullosis diabeticorum are small to large nodules blisters that develop underneath the skin and may rupture. While they are sometimes quite large, they are usually painless. There is no treatment and the blisters heal on their own, usually within three to four weeks and tend to leave no scars. The best way to prevent and treat these blisters is to maintain good blood glucose control.

Most often associated with being overweight, Acanthosis nigricans causes velvety, light brown to black markings, usually on the neck, under the arms or in the groin. In most cases, elevated levels of insulin cause acanthosis nigricans by activating insulin receptors in the skin and forcing the skin to grow abnormally. Reducing the circulating insulin through a special diet can lead to a rapid improvement.

->Keep blood glucose levels under good control (4 – 7 mmol/L before eating; 5 – 10 mmol/L two hours after eating).
-> Drink plenty of fluids.
->Bathe or shower in warm (not hot) water, as hot water can dry out skin.
->Avoid taking long baths and washing excessively, as this can also cause loss of oil in the outer layers of the skin, causing further dryness.
->Dry skin well after bathing or showering and then check for any areas that may be slightly red or particularly dry, as they may need special attention. (If this is the case, ask your doctor for a referral to a dermatologist for special treatment.)
->If possible, take fewer showers/baths in the winter to preserve your skin’s moisture, as skin is drier during this time than in other months.
->Keep skin moist by using a lotion or cream after bathing.
->Wear cotton underwear, as it allows air to circulate better than synthetic materials ->Use a humidifier to prevent your house becoming too dry in winter because of radiators or forced air heating.
->Luckily, most skin conditions can be prevented or easily treated if caught early.
->Talk to a member of your health care team, if you are concerned about your skin. 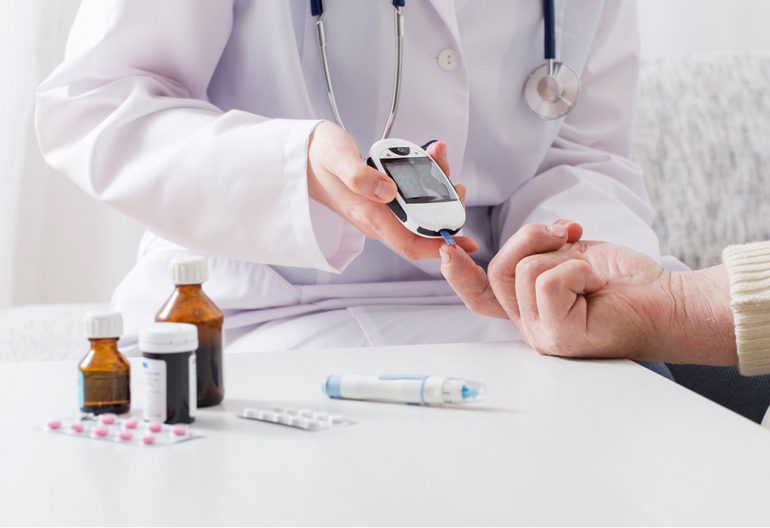